Defining your castability, and a pinpoint on the horizon!

One of the first questions I ask an actor is, “What do you think your castability is?” I’m always surprised when they aren’t sure. That’s like a door to door salesman arriving at your house and not knowing what he or she is selling. In my 28 years of coaching, one thing I know that is paramount in an actor’s career is knowing their castability. So often actors say that they’ll play anything… whatever comes their way. Knowing what you are selling is of the utmost importance.

Being specific and having a niche is how this business works. Are you a college student, an FBI agent type? Are you a congress woman or an urban mom? Are you a hipster or a doctor type?

What are the roles that you are most likely going to be cast in? Are you more suited for night-time drama or sit-coms? Commercially are you the soccer mom or the lawyer? If you are aware of what you’re selling, then how you approach the business will be more effective. Working on your craft from the standpoint of something specific is really helpful. Actors say they want to ‘play it all’. That’s like saying I want to be a professional athlete in every sport.

Now I would never want to put an actor in a box, that’s for sure. But starting from where your greatest castability lays is just good business. If you are more suited to night-time drama… then you also know who the casting directors to target that cast that genre of show. Casting directors go from show to show but they normally stay within the same style of show from year to year.

Also knowing were you are headed is essential. I have had the good fortune of working with many successful actors in my career as a coach. Most have one thing in common. They know where they are headed. Having a specific pin-point on the horizon gives you a pathway to get there. So many actors wait around for their careers to fall into place but are not actively crafting their life’s work. For example, if you aspire to star in dramatic studio feature films, then perhaps getting some guest starring or series regular credit in nighttime television might be a good stepping-stone. Or if you aspire to work on a sitcom, perhaps cultivating stand up might be a good way to head out in that direction. Without a defined goal ahead of you, most actors have a tendency to wait around for the business to define them. 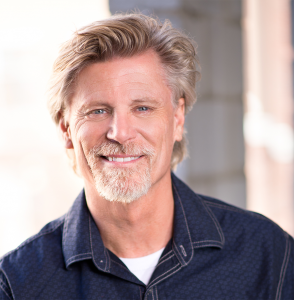 Written by J.D. LEWIS – Founder and Artistic Director of The Actor’s Lab

Thanks so much for sharing!